So I spent the early months of the summer working with these amazing dudes! Aside from being a helping hand on set and doing Rushes for all most of the video filmed in london, I also got to do a VFX shot in this video. How I miss their insanity 😦 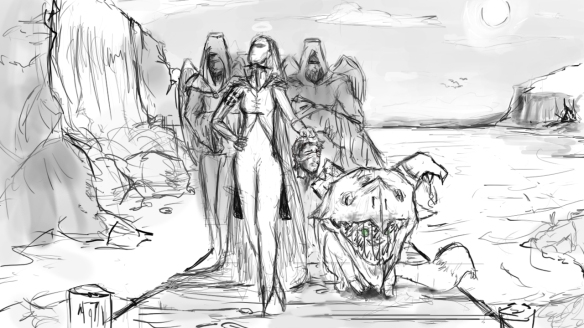 Most recently I’ve been spending my time with the lovely guys at Fablemaze. My main task has been editing a cook show, which I’ll be able to share soon. Other then that, I’ve been up to a number of smaller tasks, one of which was providing them with a new logo transition for the opening of their videos. So I played with spinning mazes and “in your face!” particle effects. The guys decided on one of more simple, classic animations. Have a look for yourself.

After effects, Final Cut and Colour

“End of Time Teaser”:This was a concept video for a motion graphics assignment

Illustrator, Photoshop, After Effects and Premiere

“Prisoners of Mars”: A motion graphics experiment, for some strange reason it was rendered as Interlaced, will fix it soon.

Photoshop, Final Cut and After Effect

My first real compositing task where i’ve had to do breakdowns, we had to do 3 common compositing tasks (roto, match move and keying). The match move could’ve been a lot better as seen by the sliding, this was likely a result of none of the markers seen in the opening seconds can be seen in the last. All 3D environments were made in 3DS max, including the flag. I continued working on the moon-esque environment as a separate project.

“You Will be Saved”

The 1st music vid I ever made, still very proud of this work and I’ve learned so much more about camera work and compositing since then. I’ve redone some compositing for this, its featured in the showreel but I’ve yet to edit it into this video.